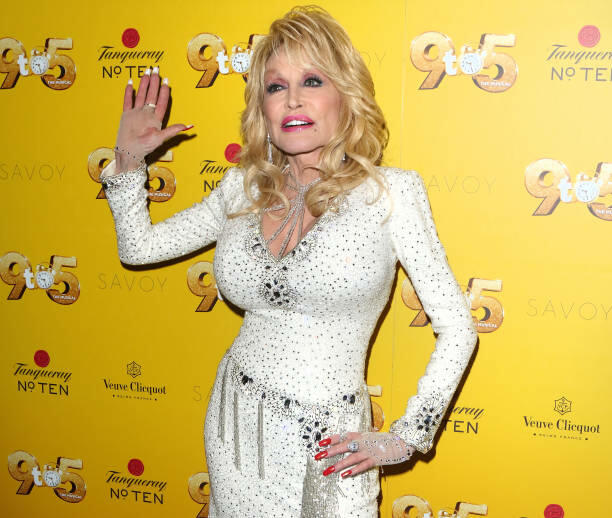 Okay, anyone else out there completely surprised by the fact that Dolly Parton doesn't already have a clothing line? Well apparently she doesn't but is about to launch one.According to Women's Wear Daily, the country icon has signed a new deal with IMG who will help the singer build a new lifestyle brand that will include clothing, jewelry, accessories and home goods.

“I am excited to be working with IMG on a global scale to give my fans products that they will cherish for years to come. You might even see my mug on a mug,” Dolly said in a statement.

While this marks the first time Parton has put her name on a fashion line, her style has inspired other designers for decades. The star’s likeness recently appeared on sweaters and jackets as part of Gucci’s spring 2019 collection, Reese Witherspoon’s Draper James line created a collection inspired by Parton and the Grammy Museum in Los Angeles created an exhibit of her glittery, over-the-top stage costumes.

No word on when fans might get to see Dolly's mug on a mug, but hopefully it's just in time for Christmas because I'm ready to give everyone on my shopping list with Dolly.